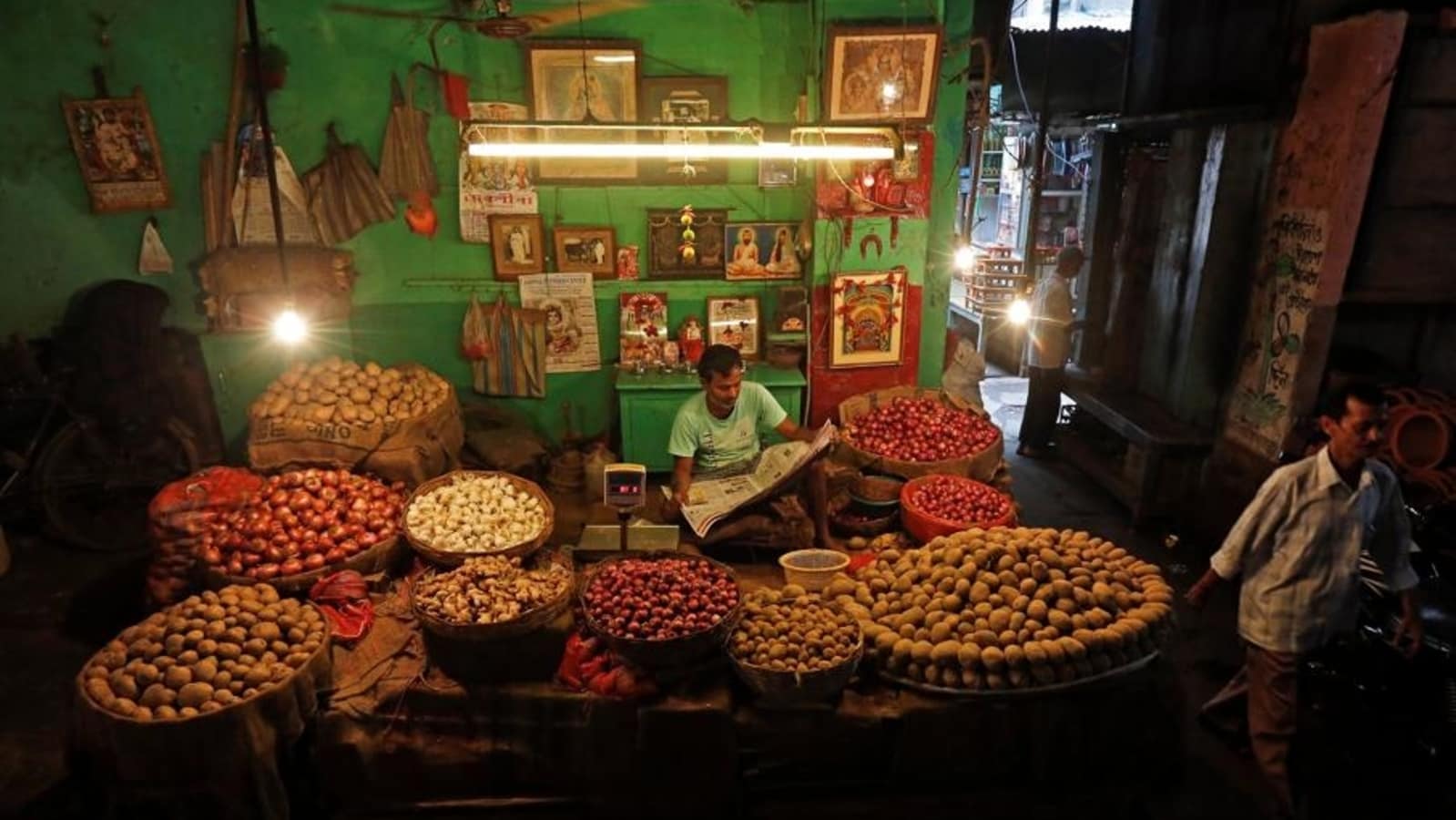 Retail inflation, as measured by the Consumer Price Index (CPI), grew at 4.35% in September 2021. Between May and September, inflation has come down by 195 basis points. One basis point is one hundredth of a percentage point. While that’s reason for cheer, a disaggregated analysis shows that the actual inflation picture is slightly more complicated than what the headline numbers suggest. Here are four charts which explain this.

Food inflation has crashed, but non-food prices are still elevated

39% of India’s CPI basket is food items. This means that food prices play a major role in driving the headline inflation number. The latest deceleration in prices is primarily on account of food prices. Food inflation has come down from 5.15% in June 2021 to 0.68% in September 2021. The latest food inflation figure is the lowest since March 2019, when it grew at 0.3%. Non-food inflation has been hovering around the 7% mark during this period.

Food prices are not decelerating across the board

Just two sub-categories of food, cereals and vegetables, account for 40% of the CPI food-basket. These two items also account for almost half of India’s agricultural production. Recent inflationary trends display an unprecedented trend of disinflation in cereal prices, which has been happening every month since February. To be sure, disinflation in vegetable prices has been underway since December 2020, but vegetable prices have fallen even earlier. Inflation in edible oil category continues to be very high. If one were to exclude cereal and vegetable prices from the food category, India is at a unique phase as far as the current CPI series is concerned, as prices of other food items have remained sticky at high levels.

What is the impact of petrol-diesel prices on inflation?

Petrol-diesel prices are at a record high in India. This is not because crude oil prices are at their highest ever levels, but on account of taxes. What is the role of fuel inflation in the current inflationary situation? The answer is slightly complicated. Anecdotal accounts suggest that at least some businesses have been finding it difficult to pass on the higher fuel costs to consumers, as weak demand conditions continue to persist. For example, a Bloomberg Quint story published on October 8 says that freight prices (trucks) have been lagging despite an increase in the price of diesel. A look at inflation data lends support to the hypothesis of weak demand conditions muting a cascading effect of fuel prices. While fuel inflation is at an all-time high in India, the headline CPI number is significantly lower and the gap between the two is very high by historical standards.

This is likely on account of two reasons. One, international prices, especially for energy related commodities have shown a renewed momentum. The Bloomberg Commodity Index crossed 100 in the last week of September 2021, the first time it has done this since 2015, and continues to stay at those levels. Prices of crucial inputs such as coal and crude oil have risen and are expected to rise further as energy consumption in many developed countries soars in the winters.

“The fall in inflation over the next three months will be base effects-driven. We worry about high energy prices and cost push inflation. We also worry about inequality-driven inflation as large companies gain pricing power. Cost adjustments around the world are leading to unpredictable inflationary pressures, which need to be monitored, especially in the face of already elevated core inflation”, the note said.